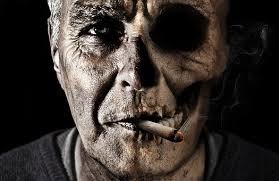 My life, as I knew it, had changed. I alternated between staring at the paper in my hands and, looking at the pitiful and sad looks on the faces of my fiancé and my family. In my perfect world, I should be celebrating bagging the Mark PLC contract, my biggest client since I started my accounting firm. However, my world had ceased to make sense.

Who knew that it would come to this? Of course, friends and family warned me, but I had not listened because things like this usually do not happen to people like me. I was very smart; I had a nice house, a nice car, and a nice family. I owned a company and had a supportive fiancé. By all standards of society, I had a good life. “Things like these happened to people who were poor, people who dropped out of school, area boys, and hoodlums who constantly constituted a nuisance to the society. Not people like me!”, I scoffed.

Tears rolled down my eyes, falling into the pink cotton material of my hospital gown. “Remi!” I belted, calling the attention of my fiancé, who was holding my Mum, trying to comfort her. “Why is this happening to me? I should not be here. This can’t be happening to me!” My whole body shook with the force of my tears. “I didn’t even take it for long or as frequently as Tola and Odia did and I stopped 3 years ago. They haven’t even stopped, so why me!” I screamed, “Why?” I endlessly waited for answers to my incessant questions as my eyes - which had become heavy due to continuous heavy watery flow – kept searching for ripostes on the faces of those who were in the room with me. As it’s been often said, the journey of a thousand miles begins with the first step. “Well, which better way was to find the answers than going back to the beginning of my end”, I snorted as my mind wandered back into time.

My friends, Tola and Odia introduced me to cigarettes in my final year of University, about 10 years ago. I had known them since my first year in school, as we all studied accounting, but until we became roommates in the final year, we never hung out. They were cool, nice, kindhearted people who went to church regularly, went clubbing occasionally, had good CGPAs in the 2nd class upper-division, and had stable beaux. They were just normal girls. The only distinct difference between them and me was that they smoked cigarettes sometimes. Apparently, it was a form of stress relief during tests and exams. I remember thinking to myself when I first found out, how normal they looked. From movies and books, people that smoked were always delinquents. They usually had bad grades, did poorly in school, joined cults, and generally made bad decisions. However, these girls looked no worse for it.

The day I joined the statistics of tobacco users, started as any usual day would. It was the weekend before our first semester exams and I was so stressed. I could hardly think straight. Ada, my asthmatic best friend, had a serious episode that morning which meant she had to spend the day in the emergency unit of the school teaching hospital. I had to do all the running around to ensure she got adequate care. I spent most of the day with her. Describing myself as merely stressed and tired would have been an understatement. The moment I got to my room, I hit my bed for an hour power nap to help clear my head so I could begin my reading, but I still woke up tired. Tola and Odia took one look at my exhausted face, the books in front of me, and began cajoling me to smoke a stick with them. “Kaima, trust me, just have a stick of cigarette. It’s going to help you relax and open your mind up real fast. You will be assimilating stuff in no time,” Tola said, placing a stick of cigarette on the reading table in front of me.

“How do you think Tola and I are able to do so well with school amidst all the stress?” Odia butted in, “Trust us and just try it this time, if it doesn’t help, don’t try it again, you really have nothing to lose if you give it a try.” “But I don’t want to get addicted and turn into something I am not,” I said, wringing my hands together. “Kaima, do Odia and I look addicted to you? You know we do not smoke every time and, we have things under control. If you were not staying with us, you wouldn’t even know we smoke. It is not as drastic as it is painted out in the movies, it’s only those who don’t have a control that gets addicted and end up that way” Tola assured me. I was desperate. I had a 5-credit unit course that had the power to ruin my hard-earned 4.5 CGPA. I needed to study.

That first drag of the cigarette will forever be etched in my mind. A coughing fit immediately took a hold of me and my eyes watered. I almost gave up on the whole endeavor but Tola and Odia were there to guide me through it, with different tips and pointers. I thought that I, at the time, was fortunate.

I had not even finished a whole stick when I began to feel the effects. My head suddenly became clearer, less cluttered. I felt more awake than I had been in days, as though I had just awoken from 8 hours of sleep. There was a feeling of euphoria I had never felt before. I felt like I could take on anything, anything at all! Reading a few books felt like a piece of cake! I read for over 8 hours, my brain had worked at an amazing speed, but the best part was that I felt great! I finished off the remaining half of the cigarette stick sometime later that night. When morning came, I was scribbling furiously and answering the questions in front of me confidently, I was really grateful to my roommates for their advice. Over the next few years, what had meant to be a one-time occurrence gradually became a routine.

At first, I took it only during exam periods to help me study faster and better. Then I graduated and started taking it after stressful days at work, which in the world of accounting, was every other day. I also started taking it whenever I went out with my friends, just to relax and chill- no big deal. I told myself I had it under control. I was too smart to become addicted. I smoked about six to ten times a month, which was nothing compared to what Tola and Odia did. I even switched to e-cigarettes (a smokeless type of tobacco), after Ada and my family kept complaining about the health risks of smoking. I thought I was playing safe, after all, most of the statistics I had seen on the associated health risks seemed to dwell more on the smoking aspect. Therefore, vaping seemed like a healthy option for me. I took tobacco on and off for about 7 years.

I only stopped about 3 years ago after I met Remi and he threatened to leave me if I didn’t stop. Remi had a bad experience with a friend who made many wrong choices while in university because he started smoking and got addicted. Quitting was the hardest thing I had ever done. I got a lot of help and support from my doctor, fiancé, and family. There were times I missed the buzz I got from it, but when it came down to it, there was nothing more important to me than my fiancé. I was on my way back from attending the meeting with Mark PLC that had finalized the company as one of our clients. It was a huge win for me, a step that would finally bring my company to the notice of other high-profile companies.

I had called Remi to tell him about the successful meeting immediately after and he had me promise to meet up at Radisson Blu for a celebratory dinner. On my way to the hotel, I suddenly experienced difficulty breathing. At first, I thought it would be similar to earlier episodes I had been experiencing intermittently for the past three weeks. Those usually occurred for short periods with bouts of coughing and chest pain, disappearing after a while. Nothing serious enough to alarm me. However, I knew something was different this time when I saw splotches of blood on the tissue I was holding. The car had started spinning too and black dots appeared in my vision. I barely had the chance to direct the driver to the hospital before I lost consciousness. The first thing I registered when I regained consciousness was the gut-wrenching sounds emanating from my mother’s throat, I opened my eyes to see the sad faces of my dad, siblings, and fiancée.

“Dad, what’s going on? Why is Mum crying and why does everyone look like somebody died? I only fainted. It is probably just some kind of flu or something. Nothing the doctor can’t fix, right Remi?” I said turning to face him. “Please tell Mummy to stop crying, I will be out of here in no time and we would all celebrate my company’s success” They were just overreacting because I fainted, I told myself. After all, I had never fainted in my life before this. It wasn’t until I saw a lone tear slipping from my father’s eyes that I knew something serious had happened. “Please, can someone tell me what is going on? What did the doctor say? What is wrong with me?”

“Lung cancer, Kaima. Cancer.” Remi answered his voice breaking, “Its stage 2 cancer. He says you have to undergo surgery to remove the affected lung and undergo chemotherapy after that.” He must have seen something on my face because he quickly added “But he also says the prognosis is good.” I was silent. Shocked out of words, my brain tried to process the bomb he had just dropped. When it did, I felt my whole world crashing down. And that was when the tears started. The saying “You can’t eat your cake and still have it” had never hit home more than ever before. In the end, what I had thought a blessing, something sent from above to help me navigate through life had become my worst enemy. Back then, all those years ago, I had thought it was helping me. I had thought I was in charge, controlling it. What a fool I was!

The doctor had said my cancer had a good prognosis. What he had failed to mention though was that human health did not always follow a stereotype. Judging from my experience, who would have expected me to be a part of the minority that did not have to smoke for many years to end up with lung cancer. As it turned out, though the surgery and chemotherapy went well at first, I had a relapse a few months later. Now the doctors tell me I have only weeks to survive. So much for my good life. With my last strength, I pen down this story so that future generations may learn. Tobacco is not your friend. It is an enemy, which parades as a friend. It is a frenemy.