LIVES OF PERSONS WITH ALBINISM MATTER 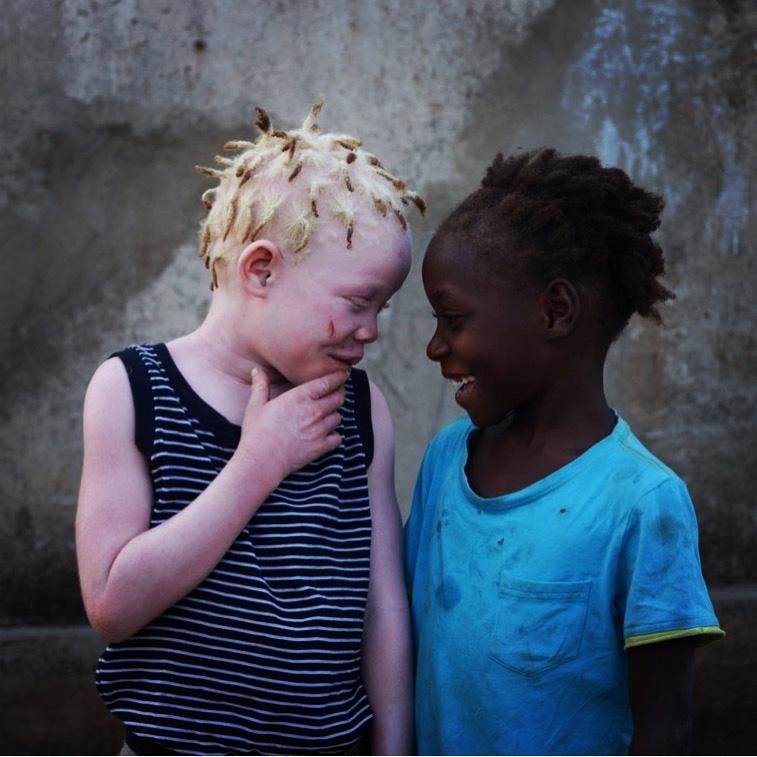 The knowledge and feeling of rejection is one of the most heart-wrenching things to deal with as a human being. This is the reality of persons with albinism who have to go through life walking on eggshells because the world tells them that they are ‘different' and their lives do not count.

Around the world, between one in 17,000 and one in 20,000 people are affected with albinism with a higher prevalence in Sub-Saharan Africa than the global average with an extraordinary rate in Tanzania. Persons with albinism (PWA) are often discriminated against and subjected to torture, inhumane and degrading treatment ranging from gruesome attacks to ritual killings largely caused by misinformation and harmful discriminatory beliefs that have been ingrained in the minds of many generations. This poses a threat to the enjoyment of their fundamental human rights, security and overall existence.

Persons with albinism are commonly and casually referred to as “albinos”. This is however regarded as a derogatory word with a tinge of discrimination and dehumanization against persons with the condition.

Contrary to popular beliefs, albinism is a rare non-contagious genetic disorder characterized by reduced or total absence of the melanin pigment in the skin, hair and eyes which primarily, is caused by a defect in one of several genes that produce or distribute the pigment. It affects every race, ethnicity and gender. Parents without albinism can give birth to an affected child when either of them carries the defective gene which is in that case recessive.

The persecution and mistreatment of PWA is not novel, with East Africa being the epicenter of the brutal attacks. Over the past decade, there has been a widespread case of murders of persons with the condition especially in Tanzania and Burundi chiefly caused by the dangerously superstitious beliefs spread by witch doctors- that persons with albinism are either the harbinger of ill luck or possess magical powers in their body parts which can be made into potions that bring about fortune, power and success to its users. In 2007, more than seventy recorded killings took place with one hundred and fifty body parts reported to have been chopped off. Women and girls also face abuses and sexual violence stemming from yet another mythical belief that sexual intercourse with a woman or girl with albinism can cure HIV/AIDS. There have also been numerous cases of disinterment of dead bodies of affected persons from their graves. The Malawian police in 2011 discovered at least 39 cases of illegal removals of dead bodies of PWA from their graves or having body parts removed from their corpses. Children with albinism are not spared as they get stigmatized from a young age by their community including some relatives. They are either abandoned or killed because they are regarded as bad omens. In 2008, a six year old girl with albinism was shot dead and dismembered in Ruyigi, Burundi.

Although there are lesser cases of proliferation of violence and persecution of PWA in Nigeria, the fact that they are mistreated and marginalized cannot be denied. In April of 2013 a woman with albinism was found dead with some of her body organs missing at Okuta- a border town at Baruten Local Government Area of Kwara State, Nigeria. There have also been incidences of kidnapping and ritual killings. Also, in late January of 2016, a 19 year old girl with albinism was kidnapped near her home community of Uromi, Edo State to be used for witchcraft rituals. PWA are amongst other things, believed to be economically unproductive individuals. Hence, they are denied the opportunity to reach their socio-economic potentials. In response to the plight of affected individuals, the Nigerian Government set up a policy on albinism in 2012. The guidelines to implement this policy were also included. Regrettably this has not been effectively executed. As of today, there is currently no law on the protection of the rights of persons with albinism in Nigeria.

Save for some types of albinism with some severe health implications, albinism is commonly not life-threatening. However, the life expectancy of the average African with albinism is very low due to the high levels of persecution and discrimination or heavy exposure to sunlight which makes them susceptible to skin cancer. Albinism advocacy groups estimate that more than 90% of people with the condition in Sub-Saharan Africa die before they reach the age of 40.

The symptoms associated with albinism are loaded with various difficulties from eye defects to severe skin problems. And social exclusion, institutional neglect coupled with the constant threat to their existence appear to be doing more harm than good as they play the biggest roles in the continued discrimination of PWA. This, no doubt, plays a major part in the mental and emotional health of these humans as they often experience depression, low self-esteem, anxiety and other forms of psychological stress.

States, in their obligation to respect, protect and fulfill, must have their hands on deck. Laws must be made to protect the human rights as well as guarantee the safety of PWA and perpetrators of crimes involving the hunting, kidnapping, trafficking and murder of these humans should be subjected to the full wrath of the law.

In Nigeria, the wanton killing of twins as well as the pay tradition which, like the case of PWA, involved the ostracism and execution of persons believed to be an Osu or twins has weakened over the past decades, all praise to educational advancement. This is also possible in the case of humans with albinism.

In conclusion, according to Under The Same Sun- a Canadian-founded organization set up to protect and provide for albinism communities- a focus on the elimination of reliance on witchcraft beliefs by strengthening the provision of infrastructure such as schools and hospitals while enhancing the sense of fairness by improving the system of justice is imperative. Echoing the voice of Carol Bellamy, each of us can practice rights ourselves, treating each other without discrimination and respecting each other’s dignity and rights. It is believed that once people begin to actually understand the causes and nature of albinism, as well as the fact that they are not ‘ghost’ humans but human beings with blood flowing through their veins, they would recognize that it is not a curse but simply a skin condition posing no threat and disregard the false beliefs they hold about it. This will in the long run instigate social, educational, economic and political inclusion as well as security of affected individuals.