Children learn and develop differently and at an unalike pace. Difficulty in reading, pronouncing words, spelling, writing, to mention but a few, may not be signs of low intelligence, laziness or poor vision. They may in fact be symptoms of dyslexia. 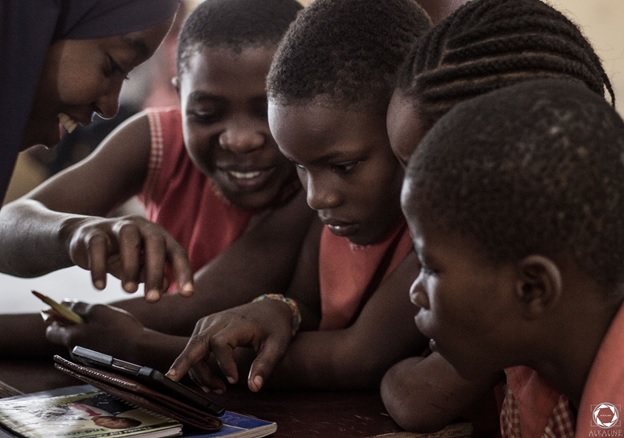 According to the British Dyslexia Association (2018), Dyslexia is a learning difficulty that primarily affects the skills involved in accurate and fluent word reading and spelling. It is a common condition that affects the way the brain processes written and verbal language. The word dyslexia is coined from the Greek word ‘dys’ (meaning difficult) and ‘lexis’ (meaning words or language). It literally means difficulty with words.

Dr. Sally Shaywitz, co-director of the Yale Center for Dyslexia and Creativity, estimates that 80 to 90 percent of children who battle with learning disorders have dyslexia — as many as one in five children. In Nigeria, more than 1.5 million cases of dyslexia are recorded yearly and it is very common among children. Dyslexia is believed to be caused by genes and heredity as it often runs in families. So if a child has dyslexia, chances are there is a parent or relative who is also dyslexic. Research on reading difficulties has identified dyslexia as a specific reading-related problem as opposed to a general learning problem.

Although dyslexia affects persons of all ages, this article is primarily about childhood dyslexia. The myths surrounding this condition are unending. Therefore it is important to note at this point that dyslexia is several things but not: contagious, a sign of laziness or plain stupidity, caused by bad parenting, something that is grown out of, a curable condition etc.

The identification of dyslexia in young children can be difficult for both parents and teachers because the signs and symptoms are not usually recognized as a thing of concern. Signs of dyslexia may manifest differently and at various stages of childhood development. For preschoolers, the signs may include but are not limited to: delayed speech development in contrast to other children of the same age (although this can have many different causes), inability to pronounce words properly (For example saying “mater welon” instead of “water melon”), being unable to rhyme words etc.

Symptoms of dyslexia usually become more obvious when children start school as it becomes more challenging when learning how to read and write. For children aged 5-12, some of the symptoms include difficulties in learning the names and sounds of letters, putting letters and figures the wrong way round (such as writing “6” instead of “9”, or “b” instead of “d”), unpredictable and inconsistent spelling, mixing up the order of letters in words, reading at a snail’s pace and making errors when reading aloud etc.

Therefore, it is important to observe a child’s learning progress and carry out the appropriate assessment where there is a suspicion of a learning difficulty. This is because early identification and management will mean significantly fewer problems in learning to read at a higher level. Dyslexia is diagnosed through a series of tests of memory, vision, spelling, and reading skills. There are some problems associated with dyslexia although not connected to reading and writing. These include Dyscalculia (difficulty with numbers), poor short-term memory, problems concentrating and a short attention span, including attention deficit hyperactivity disorder (ADHD).

Despite some of the challenges mentioned earlier, children and even adults with dyslexia are often successful in the fields of art, computer science, design, math, drama, music, physics, sales and sports. They also exhibit some of the following strengths: high levels of empathy, good problem solving, observation skills, creativity, three-dimensional thinking and a host of others.

Although they only go as far as decreasing the degree of impact of the symptoms without curing the underlying problem, assistive technology and adjustive teaching methods for dyslexics should be supported. The use of flashcards, tapes, text-to-speech systems are also very helpful. Reading to young children with dyslexia can also improve their vocabulary and listening skills. Perhaps, the best way for children with dyslexia to read may be with their ears. Studies have shown that it is possible to listen to audiobooks played back at four times the normal rate of speed with full comprehension.

In Nigeria, the awareness of dyslexia is abysmally low. According to Dr. Adrienne Tikolo, director of Dyslexia Nigeria, 90% of teachers do not know about the disorder. It is hoped that with proper enlightenment and awareness programs coupled with effective alternative modes of learning, children with dyslexia can successfully learn anything. Thomas Edison, Albert Einstein, Walt Disney, Leonardo Da Vinci are only a few of famous dyslexics who have taken the world by storm through their creativity and brilliant minds. Parents, teachers and caregivers alike also have a role in boosting the confidence as well as the creative side of dyslexic children as the condition might make them feel incapacitated and frustrated. Hence, it is important to encourage and support them as they learn.

Being dyslexic is not the end of the world. Having a problem with reading, writing, or spelling doesn’t make a person dumb or stupid. Although dyslexia is not something one grows out of, with appropriate teaching methods and motivation, children with dyslexia can effectively learn anything and do great things in life.

Peculiar Onyibia, is a final year law student at the University of Lagos. She is a writer and part-time tutor at a community learning center, and also passionate about child development especially in the areas of health and education.