Tobacco: All Harm, No Good

World No Tobacco Day, observed every 31st of May is a yearly celebration mainly to inform the public on the dangers of using tobacco, practices in the tobacco business preying on the well-being of humans, and the efforts of several solitary movements helping the world to live a healthy life. 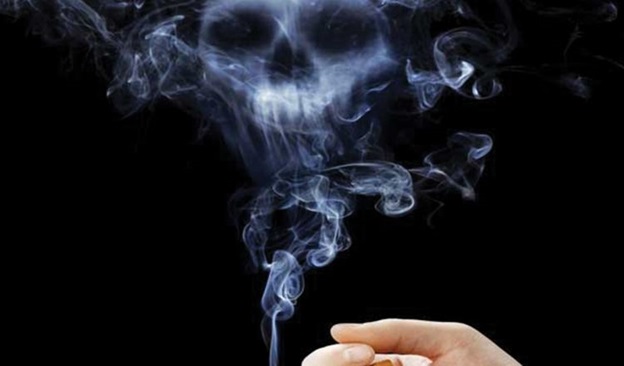 The essence of World No Tobacco Day is to draw global attention to the widespread use of tobacco and the negative effect it has on one's health. There's a growing epidemic of tobacco and a surge in the number of deaths and associated diseases. Tobacco claims about 7 million deaths a year and about 1 million deaths from second-hand smoking by non-smokers. So, if you're a smoker, you're not only doing harm to yourself but to everyone around you while you are smoking. Tobacco, in no matter what form it is consumed, is a very dangerous substance that poses severe detrimental consequences to your body and our aim as a body celebrating World No Tobacco Day is to ensure you make everyday World No Tobacco Day.

Tobacco contains nicotine, a highly addictive substance as well as harmala alkaloids, and several thousands of compounds with about 250 poisonous compounds, and not less than 50 carcinogenic chemicals. This explains why it's a leading cause of cancers of the lungs, mouth, oesophagus, liver, stomach, pancreas, kidney, bladder, etc. The use of tobacco also poses the threat of several respiratory, cardiovascular, and digestive diseases. Tuberculosis, eye diseases, problems of the immune system including rheumatoid arthritis amongst other leading effects. It has no actual benefit on the body and the only benefit of tobacco you could think of is for the tobacco business.

There's no safe consumption of tobacco, and you can think of the several dangers you may be exposing yourself to by consuming tobacco. As humans, if the realization of your right to healthy living does not give you enough reason, think of all the dependence resting on you. Quit decisions can be a very tough one for addicts, and for most of the various stories around the world, the decision is usually affected by a second party— like an alcohol addict or drug addict quitting their addiction because being in the danger might mean severe insecure futures for their the children, wives or families— like Mary and several other people who have shared their smoking stories to help smoking addicts quit smoking.

Mary started smoking at a very tender age, and then smoking became a daily habit. She smoked every day, and smoking crept into every corner of her life and became a compulsive habit. The kind of compulsion that we see these modern times— like picking up one's phone, can you really tell that your decision to pick up your phone was uninfluenced? Your decision or your phone's? Smoking grew with her and being an addiction, it was interfering with her lifestyle and the accompanying self-realization decisions. She got pregnant in college and considered quitting but her lifestyle was between shuffling work and school with lots of stress. She thought smoking helped her relieve stress but it only made it worse. Her baby came prematurely; two months early and the baby spent several weeks in the incubator. This event was a turnaround in Mary's life and she finally quit smoking. You can be like Mary. She succeeded in quitting smoking and now she's sharing her stories with other addicts in order to help them quit the use of tobacco. You can quit too, as it's for your benefit. In the same vein, don't be Mary, don't wait till you experience a situation that teaches you to quit smoking.

We don't always have to be victims before we pick our lessons— that's the essence of sharing Mary's story. Tobacco can cause even severe cases, and you won't find the stories surrounding it so pleasing. Help us achieve the essence of World No Tobacco Day and get help if quitting tobacco seems difficult a decision.